I’ve received quite a few emails/messages from readers struggling to find copies of Into the Free and When Mountains Move. 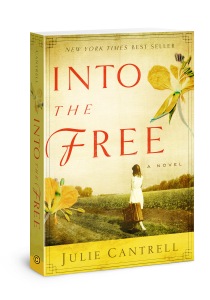 The good news is, my backlist is moving over to my new publisher. That means Harper Collins Christian now owns the rights to the first two novels that were published by David C Cook. That’s a good thing because now my work is all being produced by one house. Positive stuff.

The bad news is, unfortunately, there will be a lag time of a few months w 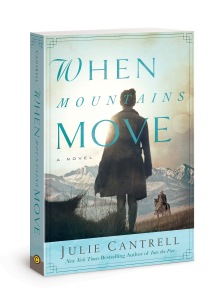 hile the new pub house gets their revised editions ready. Both books will be re-released in 2016 with new covers, etc.(YAY!) In the meantime, the titles may be hard to find. Even the eBook editions are “on hold.”

However, where there is a problem, there is always a solution. Readers still have several options.

For now, paperback copies are still available from booksellers who already had the books in stock. Square Books in Oxford, MS. has signed copies in store. I believe Cavalier House in Denham Springs, LA. still has them as well. Both stores can ship. (Other Independent bookstores may have them. Please check your local Indie location.)

Other than that, some used copies are available online. Also, some of the Barnes and Noble stores still have them in stock, especially in the South. Otherwise, I’m afraid y’all may have to wait until Spring/Summer 2016 when the new editions are scheduled to be released.

As for the children’s books, they are now out of print and, as far as I know, are completely unavailable unless you find some used copies online (which, wowza, I looked at the prices and geesh! SOMEbody is making money off these things!). I don’t even have any of those books! I do have several emails a week asking for these, and I hope Harper Collins Christian will re-release them as well. Time will tell. (Maybe y’all can start a grassroots campaign to bring them back in boardbook form with updated photos. Wouldn’t that be fun?!)

MORE GOOD NEWS: The Feathered Bone will release January 2016. We’re about to launch a brand new website (any day now) and I’ll be sharing some more exciting news with that launch. Stay tuned!

Thanks SO VERY MUCH for your continued support and interest in my work. The bottom line is this: 2016 will be an exciting year!